Hi, anyone looking at taking over etc, please contact me.

Also the wiki is starting to fall behind and a deluge of new characters need adding. If you can spare the time, please read the guide and feel free to add some of the characters from this section:

To enable this, please update your game. Some users have not received a prompt. Please Note as of this time, it is only available in Beta Region. A further description from Scopely is on the Enemy Territories page. 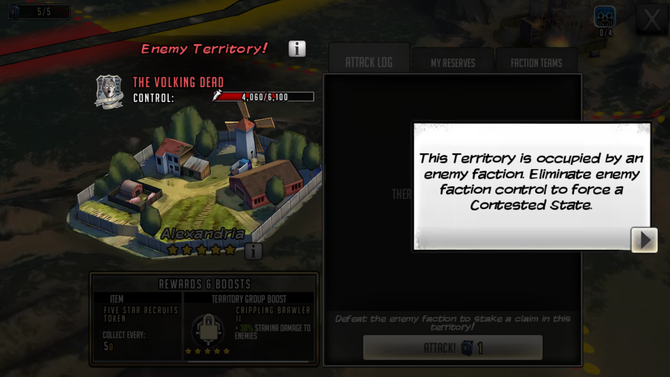 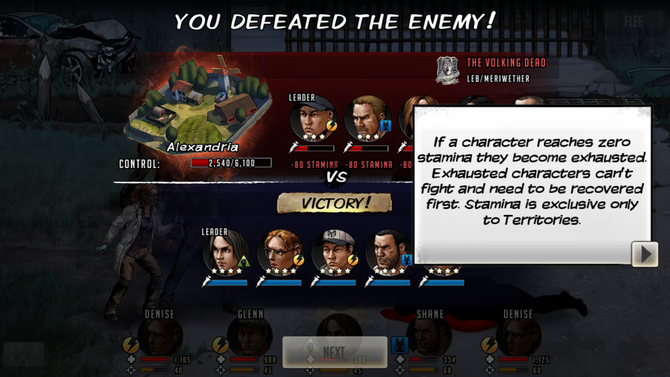 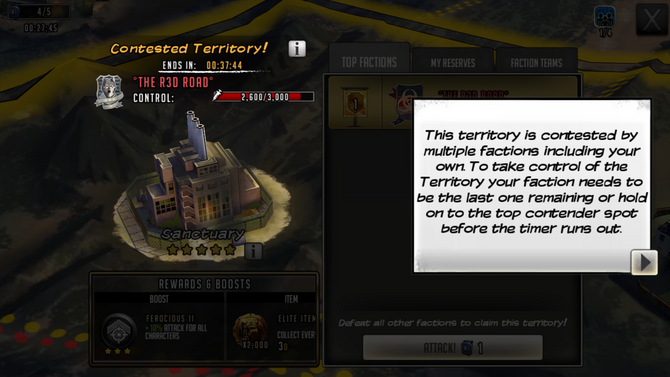 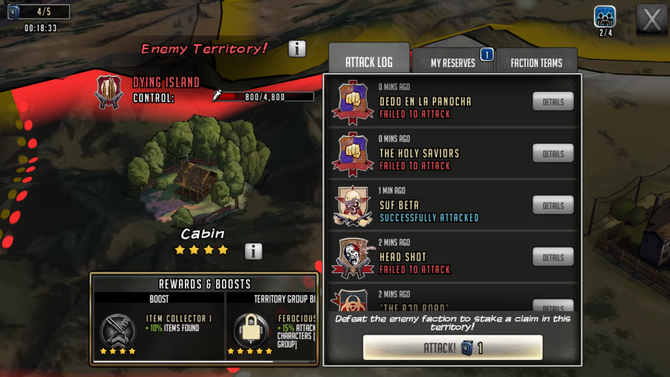 To enable this, please update your game. Some users have not received a prompt.

This is a new page, featuring Video_Tutorials from Youtube.

The Walking Dead: Road to Survival, is a role-playing game based on the Graphic Novel series, created by Robert Kirkman.

It was originally soft-launched by Scopely on the Google Play store prior to May 8, 2015, to limited markets. The game was developed with partners

Current size is @80mb on Android. In-store purchases are available to help you proceed further.

The game was officially released on 27th August, 2015 on both the Google Play Store (Android) and the App Store (iOS).

Build a base, upgrade your Town Hall, Characters, and continue fighting Walkers and Survivors. Compile a deadly arsenal of weapons, suitable for each character. Edit your Roster, and complete various missions, Player V Player, as well as the Roadmap.

Community content is available under CC-BY-SA unless otherwise noted.
Advertisement